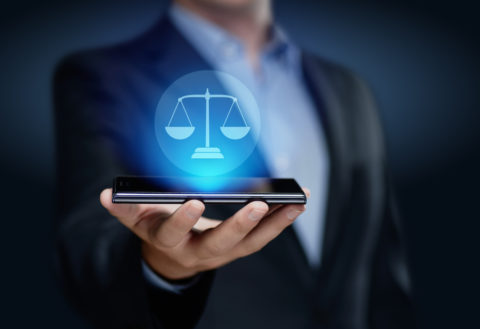 On 30 April, the ICANN Board agreed to withhold consent to the transfer of the Public Interest Registry (PIR), which manages the .org domain, from the Internet Society (ISOC) to Ethos Capital; essentially, the proposed change of control of PIR would have meant the move of .org from a non-profit organization to a for-profit venture.

ICANN is a global organization that brings together various stakeholders to create policies for governing top-level domains (TLDs) within the Domain Name System (DNS) and the distribution of IP numbers. These stakeholders include representatives from government, civil society, academia, the private sector, and the technical community.

The ICANN Board’s decision has been lauded by some within civil society as proof of the board’s backbone in defense of the public interest. However, the path to this decision – including an intervention from the Attorney General of California – was also a blow to the hard-won gains made over the last decade to ensure that the ICANN organization had fully transitioned from unilateral U.S. government control to the accountability set by the ICANN community under its Work Stream 2 (WS2) recommendations.

Notably, the proposed sale of PIR and change of control was presented to ICANN in November 2019 and created an immediate uproar among the .org community, which cited mistrust of Ethos Capital, PIR’s proposed new home. ISOC and Ethos Capital attempted to address these concerns in February by putting forward two proposals: a charter for a stewardship council and a Public Interest Commitment (PIC) set by PIR through its contract with ICANN.

These two proposals are premised on an ICANN process that has rarely been tested, especially in response to human rights concerns: the Public Interest Commitment Dispute Resolution Procedure (PICDRP). Essentially, PICs are binding promises made by generic top-level domain (gTLD ) registry operators to the Internet community through their contract with ICANN. Whenever a stakeholder feels that the commitment has not been upheld, they may use the PICDRP to seek redress.

Regardless of who ultimately controls the .org domain, this episode highlights the fact that a major accountability gap persists between operators and the rest of the community. Dispute resolution mechanisms such as the PICDRP can be crucial tools for upholding human rights in the Internet ecosystem, as they can facilitate due process and provide a venue to address grievances made by stakeholders under the standards of transparency and accountability set by the multi-stakeholder community, rather than a handful of powerful Internet companies. However, there are several problems with the current structure of the PICDRP.

First, the PICDRP was not established through a meaningful multi-stakeholder process under the ICANN’s New gTLD Applicant Guidebook, which is essentially a roadmap for anyone intending to apply for new gTLDs.

Second, the PICDRP involves a panel of individuals, rather than independent third party dispute resolution providers, and does not clearly provide mechanisms for appeal once the disputed parties exhaust the PICDPR procedures.

Third, the PICDRP was set by ICANN in 2013 after ICANN’s Government Advisory Committee (GAC) issued the April 2013 GAC Beijing Communique. The communique had advised ICANN to come up with strategies for protecting only two categories of new gTLD strings Including:

Although the creation of this procedure may have been well-intentioned, the implementation has been flawed. ICANN has allowed applicant registries to file private PICs with any terms they wanted and did not necessarily restrict applicants to the two categories set out in the Beijing Communique. As others have pointed out, this arbitrary implementation has previously provided opportunities for registries to abuse their positions by crafting PICs that enable them to take down content and domain names with no required notice to registrants, or users, and fail to provide clear opportunities for registrant response, evaluation, or – ironically – dispute resolution.

Fourth, the PICDRP does not allow registrants to challenge private PICs on issues that go beyond ICANN’s mandate, such as content moderation decisions. As such, it would not be possible to use the PICDRP to challenge registries that proactively police their registrants and restrict lawful content without due process.

An interesting example of such ambiguous drafting is the Donuts private PICs, which states that a “Registry Operator reserves the right, at its sole discretion and at any time and without limitation, to deny, suspend, cancel, or transfer any registration or transaction, or place any domain name(s) on registry lock, hold, or similar status as it determines necessary” under reasons that are wide-ranging and include “[compliance] with any applicable laws, government rules or requirements, requests of law enforcement, or any dispute resolution process” and “… infringement of any copyright or trademark.”

Can the PICDRP be reformed?

In December 2019, ICANN made amendments to the PICDRP that went into effect in February, only consulting the gTLD Registries Stakeholder Group (RySG) as part of the process. Unfortunately, these amendments were proposed without involving the majority of ICANN’s stakeholder community, including civil society, and do not go far enough to addressing the issues set out above.

At a minimum, changes to the PICDRP must be reassessed in light of the WS2 Recommendations on Accountability. These are over 100 recommendations made by the multi-stakeholder community to address how ICANN should be accountable its stakeholders following the 2016 transition of the Internet Assigned Names and Numbers Authority (IANA).

To resolve the issues exposed by the attempted sale of PIR and to prevent similar issues in the future, we call on the ICANN community and board to urgently implement the WS2 Recommendations.

In particular, the recommendations for the Framework of Interpretations for Human Rights, increasing staff accountability, and improving ICANN transparency will facilitate much-needed improvements to the PICDPR to make it an effective tool for upholding the public interest. First, the PICDPR would be assessed according to its real and potential impact on the human rights of registrants and subsequently modified to address the above four challenges that bedevil the dispute resolution mechanism. Second, strengthening mechanisms for ICANN accountability and transparency would compel the organization to engage in more effective and meaningful public consultations before making any future amendments.

ARTICLE 19 contributed throughout the WS2 process to the development of the recommendations and has recently called on the ICANN community to closely follow these developments.

As a way forward, we recommend that:

Ephraim Percy Kenyanito works on ICANN and Business and Human Rights at ARTICLE 19.