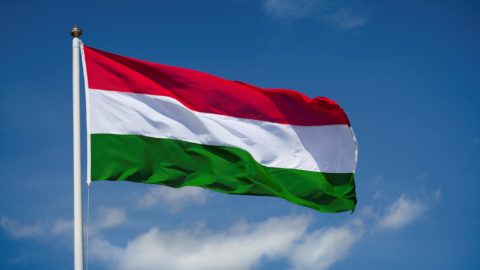 ARTICLE 19 condemns the attack on the rights of the LGBTQI community in Hungary following the passage of legislation concerning pedophilia, adopted on 15 June 2021. The new Law’s provisions violate the rights to freedom of expression and freedom from discrimination guaranteed by the European Convention on Human Rights. We call on the Hungarian Government to repeal the Law with immediate effect and support the European Commission’s investigation into the legislation.

Law No. T/16365 on “Stricter action against pedophile offenders and amendments to certain laws in order to protect children”, which strictly penalises pedophilia, had broad support from politicians prior to the intervention of Viktor Orban’s ruling party. Fidesz, Orban’s nationalist, Christian-conservative party, introduced amendments that outlaw the showing of any content that encourages discussion of sexual orientation or gender identity to anyone under the age of eighteen.

This new Law introduces provisions into the Media Act, the Family Protection Act, the Public Education Act, the Child Protection Act, and the Business Advertising Activity Act, thereby banning discussions about LGBTQI issues in schools, entertainment, advertising, and media content deemed targeting under-18s. Institutions and individuals who do not comply with the new requirements will face administrative sanctions, clearly violating the public’s rights to freedom of expression and rights to education and health information under European case law.

ARTICLE 19 finds the new Law to be especially concerning as its intentionally vague wording could have sweeping consequences and result in broad censorship of media. The Government claims this Law is needed to protect Hungarians from predators. In reality, we believe it will be used to curtail freedom of expression and freedom from discrimination and put individuals who speak out against the Government’s radical social policies at greater risk of sanctions.

Critics of the Law have likened it to the widely condemned legislation passed in Russia on “gay propaganda” and in Poland on countering allegedly “destructive Western LGBTQI ideology” over the last decade. The result of both has been a scapegoating of the LGBTQI community, a roll-back in human rights, and increased hostility, harassment, and violence against lesbian, gay, bisexual, transgender, queer, and intersex individuals. ARTICLE 19 mirrors the sentiments of the Council of Europe’s Commissioner for Human Rights – the legislation passed by Hungary is an “affront against the rights and identities of LGBTQI persons.” This hate has no place in our societies.

We call on the Hungarian Government to repeal this legislation with immediate effect. We support the European Commission’s investigation into the legislation and urge Commissioner Von der Leyen to take swift action in defending the European Union’s Hungarian youth. This measure taken by the Hungarian ruling party is only the latest in several targeted attacks on the LGBTQI community in the lead-up to a critical election in 2022.