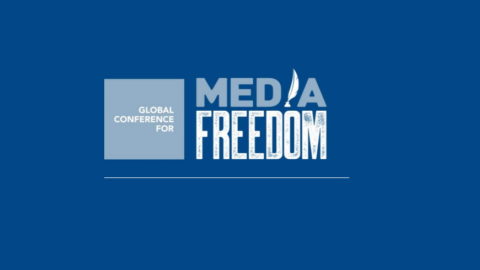 On November 16, the Advisory Network to the Media Freedom Coalition, a group of 17 national, regional and international organisations, delivered a statement at the ministerial meeting of the 2020 Global Conference for Media Freedom

The Media Freedom Coalition Advisory Network is a group of 17 national, regional and international organisations that in collaboration with a much broader set of civil society groups, provides advice on the work of the MFC and facilitates selection of cases that require diplomatic intervention.

Media freedom has never been more important given the Covid-19 pandemic, and the need for people to have access to accurate information and for moral leadership has never been as evident.

We are concerned by states putting in place disproportionate restrictions on independent media, including through internet shutdowns, expulsions of foreign correspondents, arbitrary arrests, harassment and vilification of journalists and other forms of censorship. There is also real urgency surrounding the economic impact of the pandemic on the media that is adding increased pressure.

The hope of the Advisory Network is to see more concrete action by the MFC in order to justify the time and effort that MFC-AN members currently devote to this initiative. Our colleagues and stakeholders are expecting us to deliver on our promises and we want to, but that takes a shared approach.

Enable a free and safe environment for media, journalists and media workers and press freedom and journalists’ groups

The Media Freedom Coalition (MFC) should take the lead in promoting media freedom in their own States and discouraging States from taking measures that would restrict freedom of expression and media freedom in violation of international standards.

As the coalition moves forward, we call on the MFC members to promote and defend media freedom everywhere by:

We are heartened knowing that as signatories to the Global Pledge on Media Freedom, members have made the commitment to work together in taking action to improve the media freedom environment and the safety of journalists. There is great potential in this collaboration which could harness our combined energies in meaningful and creative actions to address the issues and challenges relating to freedom of expression.

You have a great responsibility in your hands to make concrete commitments for future actions to ensure media freedom globally.