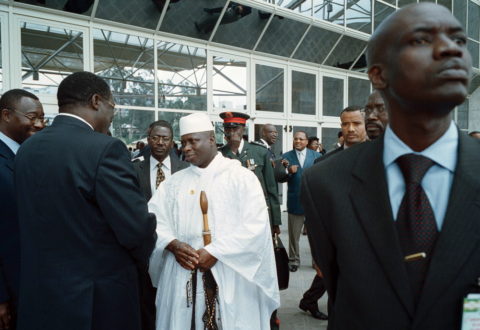 On 3 January 2015, the Gambian authorities ordered Teranga FM, a community radio in Sinchu Alhagie in the West Coast Region, to stop operating in the clampdown that has followed the 30 December attempted coup d’état.

“This arbitrary closure of Teranga FM’ operations is another sign of intolerance to media freedom. It inhibits the public’s right to access information, especially during this critical time, and will further entrench the information blackout in the country.

The Gambia is well-known for its lack of basic freedoms and rule of law. As feared, the crackdown on dissidents and free voices has heightened since the foiled coup. We call on the Gambian authorities to respect the rights of citizens to information while carrying their investigations.”

This is not the first time that this radio station, one of the few radio stations in the country that provides information to local communities, has been ordered to go off-air. It was first ransacked and closed in January 2011, merely two years after beginning operation and was only allowed back on-air a month later.

The authorities again ordered the popular community radio station to close in August 2012, after executing nine prisoners for ignoring warnings to stop a popular show that translates newspaper stories into local languages. It resumed operation in 2014, after the government lifted its 16 months ban.

On the night of the 29 and 30 of December, a group of former Gambian soldiers and other military specialists from the Gambian Diaspora reportedly attacked the presidential palace in an attempt to overthrow the regime.

According to reports, the State guards killed three assailants and arrested four others. However, no information has been provided regarding the casualties, if any, that the Gambian security forces suffered during the exchange of fire.

The family members of the individuals allegedly involved in the attempted coup d’état are being hunted down and many, including women and young people, have been arrested since 1 January 2015.

The authorities have allegedly launched a door-to-door operation to arrest suspects, which broadly includes any person directly or indirectly linked to the failed operation or related by blood to the assailants.

President Jammeh has accused foreign countries of assisting the accused coup plotters and labelled the act a terrorist attack.

The Secretary General of the United Nations, the Chairperson of the African Union Commission and the European Union have all called for a transparent investigation into the 30 December event and respect of human rights.

“The international community, especially ECOWAS member states, should act now and call on The Gambia to respect the rule of law and human rights in its investigation of the attempted coup d’etat,” Ms Jagne Senghor added.