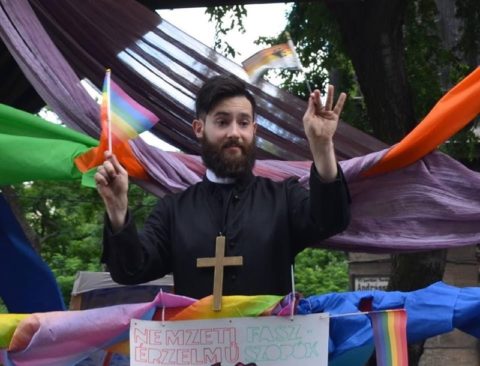 On 2 March 2020, ARTICLE 19 and ILGA-Europe submitted a third-party intervention before the European Court of Human Rights (the European Court) in the case of Giuliano v Hungary. The case concerns the online harassment and abuse – including continuous death threats – of a well-known gay rights activist, and the alleged failure of the State to conduct an effective investigation into the case.

Circumstances of the case

Following a performance during the Budapest Pride march in 2014, Andrea Giuliano, the Italian gay rights activist living in Hungary, was harassed by members of far-right groups. A far-right wing online portal published his name, photos, home address, work place and Facebook page. Subsequently he received a number of threats through Facebook and his employer was also threatened by members of far right groups telling him to dismiss Guiliano.

Giuliano made a criminal complaint to the police, after which the authorities launched an investigation. This investigation was closed in 2016 on the grounds that the right-wing portal in question was conducted was hosted in the United States (US). The authorities claimed they were therefore unable to request the information from the US authorities, and that no perpetrator could be identified.  However, Giuliano claims that, of the hundreds of death threats he received, about 50 were made by identifiable people.

Summary of the Intervention

ARTICLE 19 and ILGA Europe believe that the case provides an opportunity for the European Court to elaborate an appropriate standard of effective investigation into online harassment and abuse. In the submission, we argue that the Court should:

ARTICLE 19 and ILGA Europe note that the manner in which the Court deals with this issue is likely to have far-reaching and significant consequences for the exercise of the right to private and family life, the right to freedom of expression, and other human rights online, both now and in the future.

Read our submission to the European Court of Human Rights.