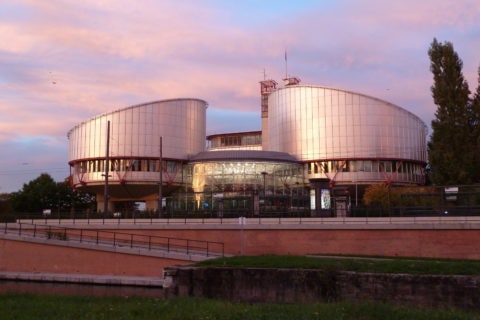 Freedom of expression organisation, ARTICLE 19 has responded to a judgment by the European Court of Human Rights (European Court) in Breyer v Germany. The case looked into the data retention requirements and the responsibilities of telecommunication providers. ARTICLE 19, together with Privacy International, intervened in the case, arguing that online anonymity is essential to mitigate or avert unlawful interferences with our rights to privacy and free expression.

Today, the European Court ruled that there had been no violation of Article 8 (right to respect for private and family life) of the European Convention on Human Rights

“The European Court’s ruling is a blow for the right to anonymous communication, and part of a broader trend that is seeing our ability to communicate anonymously being eroded.”

“It is concerning when companies collect personal data that is not necessary for delivering a service. It’s even more worrying when governments compel them to do so.”

“Knowing that our communications can be linked to our identity at a government’s request interferes with our right to privacy and freedom of expression, and could restrict our ability to speak freely.”

The case was brought by privacy campaigners Patrick and Jonas Breyer over the storage of pre-paid SIM card users’ data by telecommunications companies in Germany. It concerned the application of a German law which imposes a legal obligation on telecommunication providers to store the personal details of all their customers, even if these details are not necessary for billing purposes or other contractual reasons.

As a result of this law, the applicants argued that they were not able, as users of pre-paid (“pay as you go”) mobile phone SIM cards, to communicate anonymously via mobile phone as their personal data is stored by their respective service provider.

In an intervention to the European Court, ARTICLE 19 and Privacy International argued that anonymity has long been a means by which individuals can freely enjoy their right to impart and receive information, free from state control. The capacity to communicate anonymously is significantly eroded by the growing demand (and legal requirements) that individuals identify themselves. In the context of modern telecommunications, such requirements raise additional concerns when they are imposed by governments on telecommunication companies, particularly if such imposition is indiscriminate and requires the storing of data that is not necessary for business purposes.

“In today’s Chamber judgment1 in the case of Breyer v. Germany (application no. 50001/12) the European Court of Human Rights held, by six votes to one, that there had been: no violation of Article 8 (right to respect for private and family life) of the European Convention on Human Rights….

The Court found in particular that collecting the applicants’ names and addresses as users on pre-paid SIM cards had amounted to a limited interference with their rights. The law in question had additional safeguards while people could also turn to independent data supervision bodies to review authorities’ data requests and seek legal redress if necessary. Germany had not overstepped the limits of its discretion (“margin of appreciation”) in applying the law concerned and there had been no violation of the applicants’ rights by the collection of the data.”

The European Court’s judgment is here.