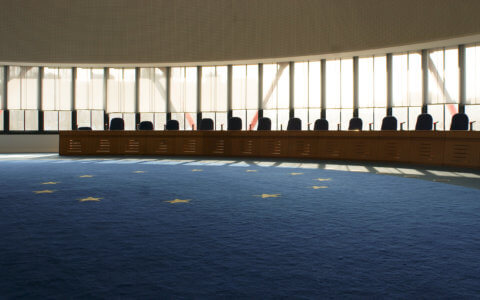 ARTICLE 19 welcomes the decision on 4 December 2018 by the European Court of Human Rights (European Court) in the case of Magyar Jeti Zrt v Hungary. In this decision, the European Court confirmed that holding media companies liable for content hyperlinked in their reports violates the right to freedom of expression under Article 10 of the European Convention on Human Rights (ECHR). The case is an important confirmation in the digital age that imposing strict liability on news outlets and others for the potentially unlawful content of links in online articles and posts creates a chilling effect on the free flow of information and media freedom.

Magyar Jeti Zrt is the operator of a Hungarian news portal, 444.hu, which, like many news sites, often uses hyperlinks in the content published on its website, leading to further information elsewhere on the internet.

In September 2013, a group of football fans travelling to Romania stopped at a school in Hungary whose pupils are predominately of Roma origin, and made racist comments. In an interview later that day on the incident, the head of the local Roma minority self-government made reference to Jobbik, the right-wing political party in Hungary, which had been criticised in the past for its anti-Roma and anti-Semitic stance. The interview was uploaded to YouTube.

Magyar Jeti Zrt published an article on the incident that included a hyperlink in the text to the interview on YouTube, but the article itself did not refer to Jobbik. Jobbik subsequently filed a defamation suit against Magyar Jeti Zrt and others (including operators of other Hungarian news portals and the mayor). The first instance court held that that in making the YouTube video available through the hyperlink, Magyar Jeti Zrt had disseminated the defamatory statements. This decision was upheld on appeal all the way to the Hungarian Supreme Court, before the case was taken to the European Court.

ARTICLE 19 made a submission to the European Court on the case, arguing that:

We argued that finding online publishers automatically liable for hyperlinking would have had a profoundly chilling effect on the right to freedom of expression, as it would discourage the use of hyperlinks and disrupt the free flow of information. Any finding that an online publisher could be properly liable for the content of hyperlinked sites would effectively indicate to a wide range of groups – including ISPs, advertisers, hosting services and website publishers – that they could be penalised for the content of websites over which they have no control. This would not only be unreasonable and unjust, but would create a chilling effect which would significantly limit internet users’ ability to exercise their right to impart and receive ideas and information online.

ARTICLE 19 therefore welcomes the European Court’s decision in the case. The European Court found the Hungarian application of strict liability to those posting hyperlinks for their potential defamatory content had failed to sufficiently consider the right to freedom of expression, and created an undue restriction on this right. In particular the European Court noted, in line with ARTICLE 19’s submission, the significance of hyperlinks to the functioning of the Internet and its role in facilitating freedom of expression and information. The European Court noted the different nature of hyperlinks compared to traditional content publishing, stating that hyperlinks “did not present content or communicate it, but directed users to information available elsewhere or called readers’ attention to its existence”.

The European Court agreed with ARTICLE 19’s argument that it was important to consider whether the sharer of the hyperlink knew or out to have known of its unlawful content, or expressly endorsed the content. The European Court set these out as part of the elements to be considered in such cases in determining whether liability was appropriate or breached free expression rights:

Given the centrality of hyperlinks to internet users’ ability to access and share ideas and information, a failure by the European Court to acknowledge the impact on freedom of expression in this case could have had far-reaching and damaging consequences.

ARTICLE 19 believes that the decision is an important landmark for safeguarding freedom of expression online and ensuring access to information, amid a worsening environment for media freedom and civic space in Hungary, as well as in the context of an increasingly digital media landscape across Europe.