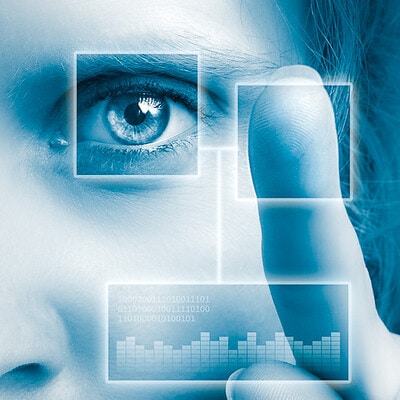 ARTICLE 19 and 50 other civil society organisations across Europe sent an open letter to the European Commissioner for Justice, Didier Reynders. The coalition calls for enhanced fundamental rights protections in the upcoming artificial intelligence (AI) legislative proposal. The protection of fundamental rights must be at the core of this legislative proposal. It must prohibit uses of AI that violate human rights, particularly when it enables biometric mass surveillance. Biometric mass surveillance seriously impedes freedom of expression and open public participation as the feeling of being watched leads individuals to alter their behaviour and self-censor. In the open letter, we call for a specific ban on indiscriminate or arbitrarily-targeted use of biometrics in public or publicly-accessible spaces, as existing general prohibitions in the EU data protection framework are not proving efficient. We call for red lines to be drawn on uses of AI that are not compatible with human rights.

Re: Seeking your support for a specific ban on biometric mass surveillance practices on fundamental rights grounds

We, the signatories of this letter, represent a coalition of 51 digital rights, human rights and social justice organisations working for people’s fundamental rights across Europe. We are writing to ask you to support our call for enhanced fundamental rights protections in the upcoming artificial intelligence (AI) law, in particular relating to facial recognition and other forms of biometric mass surveillance.

The European Commission has set itself the important task of carving out a European way forward with AI that puts trust, excellence, and the protection of fundamental rights at its core. To achieve that goal, the upcoming legislative proposal on AI must take the necessary step of prohibiting applications of AI that irremediably violate fundamental rights, such as remote biometric identification technologies that enable inherently undemocratic mass surveillance.

62 civil society organisations have already issued a call for regulatory limits on applications of artificial intelligence that unduly restrict human rights, such as uses of biometric technologies that enable mass surveillance, and that call was further strengthened by a letter from 116 MEPs. Research has shown that biometric mass surveillance practices unduly infringe on the rights enshrined in the Charter of Fundamental Rights of the European Union (CFEU) – in particular, rights to privacy, data protection, equality, non-discrimination, free expression and association, due process and good administration, the presumption of innocence, social rights, workers’ rights, dignity, as well as the fundamental principles of justice, democracy and the rule of law.1‘Ban Biometric Mass Surveillance’, EDRi, May 2020: https://edri.org/wp-content/uploads/2020/05/Paper-BanBiometric-Mass-Surveillance.pdf

We would thus like to call your attention to three important points:

We appreciate that the European Commission has so far agreed with the principle of a ban on biometric mass surveillance practices. To further protect fundamental rights in Europe, the signatories of this letter therefore call for:

For a truly human-centric legislation on AI, we reiterate that there must be some uses that the EU does not allow in a democratic society. We look forward to working with you to make a ban on harmful and rights-violating biometric mass surveillance in the EU a true reality.