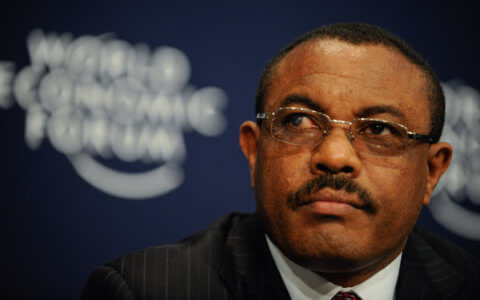 ARTICLE 19 welcomes the 3 January 2018 announcement by Ethiopia’s Prime Minister Hailemariam Desalegn of plans to release political prisoners and close the notorious Maekelawi detention center, in what he called an effort to “widen the democratic space for all.”

“While this announcement is welcome news for the many detained for exercising their rights in Ethiopia, simply closing the center is not enough to improve human rights protections in the country. There is need for wider reforms that will entrench the protection and enhancement of the freedoms of expression, protest and assembly, and access to information in the country,” said Henry Maina, Regional Director, ARTICLE 19 Eastern Africa.

Freedom of expression remains restricted in Ethiopia, and since November 2015 the government has conducted mass arrests of protestors in Oromia region. The protests, which began in reaction to the Addis Ababa Master Plan, spilled over into a wide anti-government movement extending to the Amhara region. Many of those arrested have been detained and tortured in the Maekelawi detention center.

“The mass arrests, the ensuing state of emergency that was later suspended, and the reports of torture in Maekelawi detention center and military bases have had a chilling effect on freedom of expression in the country. The plans to release political prisoners and close the detention center should only be viewed as a first step in providing much needed relief and protection to those expressing their views and criticising the government,” added Maina.

ARTICLE 19 urges the Ethiopian government to execute these plans in a quick and transparent manner, and to ensure the release includes all human rights defenders, protestors, journalists, and bloggers who have been detained for exercising their right to freedom of expression.