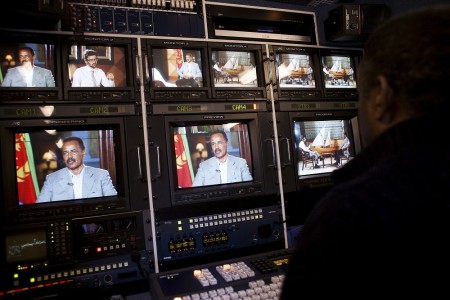 No private media has existed in Eritrea since the last eight private newspapers were forced to close in 2001, when at least eighteen journalists and eleven former government officials were detained incommunicado without charge or trial. Of these detainees, eight are confirmed as having died in custody. Other reports include those of radio and television stations being forced closed and their broadcasters and journalists imprisoned, the whereabouts of many still unknown. The few remaining ‘media’ are state owned and far from independent, essentially serving as a mouthpiece for the Ministry of Information. Alternative sources of information are limited given the lack of internet penetration in the country. Opportunities for the re-establishment of an independent media in the country are therefore largely non-existent, and continued impunity for human rights violations against journalists provide little hope of this situation changing.

Eritrea’s legal framework sustains impunity for these human rights violations. Domestic legislation has essentially engineered an environment where Afewerki’s regime is insulated from criticism and has the discretionary means to crush any hint of dissent, often through reliance on the perpetual state of emergency in the country. The failure of Afewerki’s regime to implement the 1995 constitution flies in the face of binding commitments made at the international and regional level to the right to freedom of expression and information. The Press Proclamation, the Transitional Penal Code for Eritrea, and the Proclamation to Determine the Administration of Non-governmental Organizations grant the authorities numerous and alternate mechanisms to punish dissent with extensive custodial sentences and fines.

This report makes a series of recommendations to Eritrea to release journalists and other opposition activists and to reform its domestic legal framework to implement the commitments it has made at the international level to promote and respect the right to freedom of expression and information.