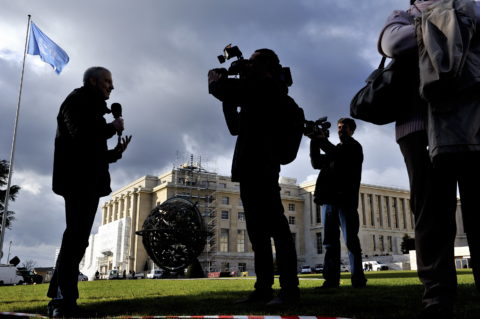 Attacks against journalists and media workers, and impunity for these violations and abuses, are one of the greatest challenges to freedom of expression worldwide.

Such attacks are deliberate attempts to obstruct the free flow of information within societies. The silencing of journalists – in particular those uncovering stories of political corruption, abuses by the state or powerful private companies, and reporting on armed conflicts, protests and social movements – deprives the public of their right to know, and undermines the mechanisms of democratic accountability.

Between 2006 and 2017, 1010 killings of journalists were recorded by UNESCO. Just in 2018, 99 journalists, bloggers and media workers were murdered in relation to their work. These lethal attacks are still the tip of the iceberg: many more journalists are the targets of often overlapping threats, including torture, enforced disappearance, arbitrary arrest, detention, assault, digital attacks, intimidation and harassment, perpetrated by both State and non-State actors. 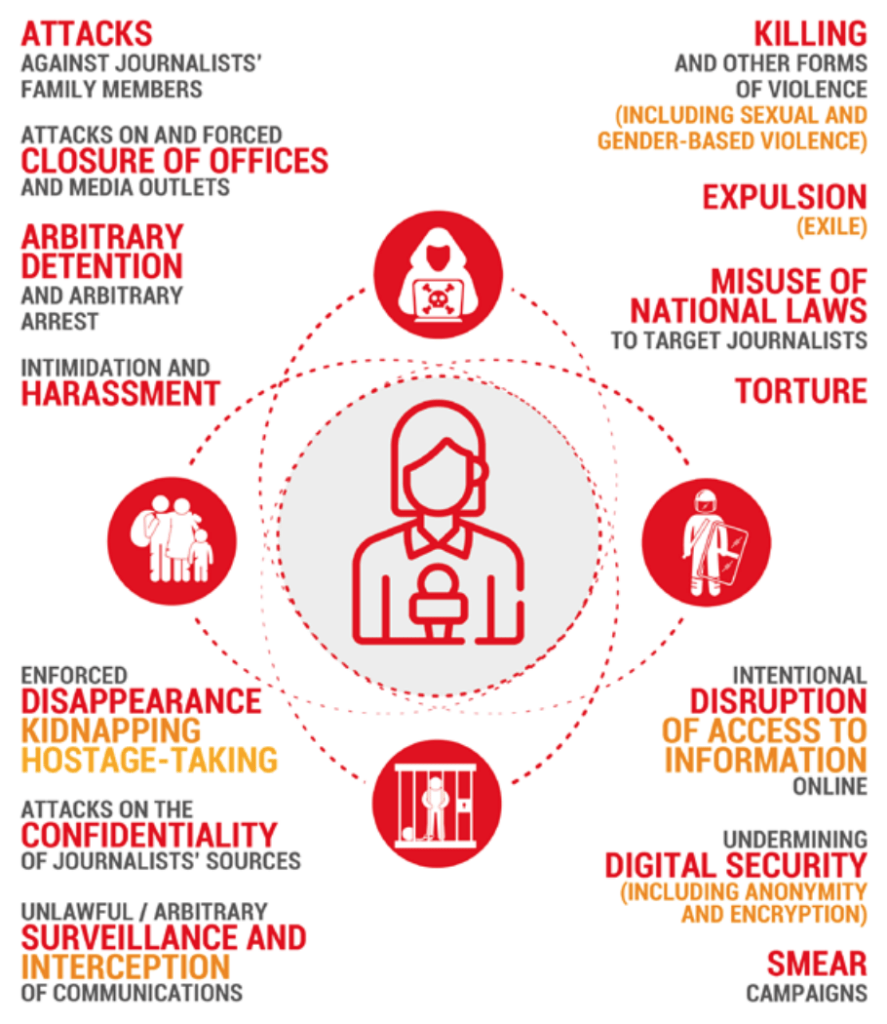 In the digital age, surveillance, attempts to undermine the protection of sources and attacks on anonymity and encryption all increase the scale of the threat facing journalists. For journalists and media workers from marginalised groups, who experience multiple and intersecting forms of discrimination, the risks are particularly high. For every journalist attacked, detained, or killed, countless more are intimidated into self-censorship.

A prevailing culture of impunity for threats to the safety of journalists fuels their repetition. A failure of justice not only emboldens perpetrators, but undermines journalists’ trust in the political will to guarantee their effective protection.

Since 2012, the international community has increasingly sought to shine a spotlight on this issue, setting out an ambitious global agenda for States to act on the safety of journalists through a series of resolutions adopted at the UN Human Rights Council, UN General Assembly, and UN Security Council. UN Resolutions on the Safety of Journalists call on all States to effectively address the safety of journalists and break the cycle of impunity through targeted action on three interconnected fronts: prevention, protection, and remedy.

In this new guide, for use by States and civil society alike, ARTICLE 19 breaks down the commitments contained in these resolutions, as well as the international human rights and humanitarian law underpinning them.

It outlines the concrete actions that governments must take to tackle the threats preventing journalists and media workers from carrying out their essential work, including recommendations to further strengthen the UN’s institutional response.  The guide shines a particular spotlight on why a gender-responsive approach to addressing the safety of journalists is crucial, and unpacks what such an approach requires, across all three pillars of prevention, protection, and remedy.

The guide further sets out how UN human rights mechanisms should be used by civil society to hold States to account against these commitments, leveraging opportunities for shadow reporting, seeking remedies for human rights violations and abuses through UN mechanisms, and advocating for effective implementation.