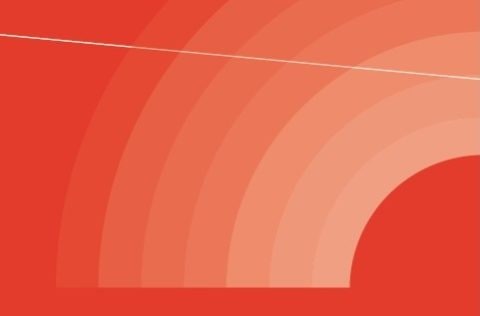 This report examines challenges faced by lesbian, gay, bisexual and transgender (LGBT) people in Kazakhstan when exercising the right to freedom of expression. It is based on pilot research conducted in September 2015, including interviews with LGBT people in six cities of Kazakhstan, analysis of Kazakhstan’s domestic legislation and media monitoring.

The findings of the research demonstrate an environment in which expression related to LGBT identities is directly censored – often justified on the grounds of protecting ‘morality’ or ‘traditional values’. At the same time, societal prejudices and a lack of legal protections against discrimination based on sexual orientation and gender identity have created an environment in which LGBT people resort to self-censorship to avoid harassment or even violence.
The situation is further exacerbated by the absence of platforms where LGBT people can publicly express themselves or access relevant information around the issues they face. Despite a few positive examples, media coverage tends to be sensationalist, if not openly homophobic and discriminatory. This has created an atmosphere of distrust between LGBT people and media workers, further reinforcing practices of self-censorship. The situation is compounded by openly homophobic rhetoric propagated by influential public figures, which encourage negative attitudes towards LGBT people.

Censorship restricts the flow of information from and about LGBT people, preventing them from expressing themselves and denying them opportunities to assert other fundamental rights – such as the right to education and the right to health. It also violates the rights of all people to openly discuss issues relating to sexual orientation and gender identity, and prevents them accessing information on a wide range of related concerns. Attempts to justify this on the grounds of protecting children and upholding morality contradict the principles
of the universality of human rights. Freedom of Expression is a fundamental human right and cannot be denied to a whole section of the population,  due to societal prejudices.

Restrictions on the rights of LGBT people occur against the backdrop of a broader disregard for freedom of expression within Kazakhstan. Despite constitutional guarantees of freedom of expression, this right is repeatedly violated, due to broad, contradictory or simply repressive legislation, a lack of procedural safeguards and an absence of political will.

Ensuring the right to free expression of LGBT people demands the introduction of a variety of measures to tackle intolerance and prejudice on all grounds, and ensure universal equality and non-discrimination. Legislation and judicial practices must be reformed to promote freedom of expression and equality for all, while including an explicit recognition of sexual orientation and gender identity as a protected characteristic. Moreover, the Kazakh authorities must take the lead on rejecting homophobia and transphobia, with public officials demonstrating a firm commitment to respect the principles of equality, tolerance and diversity related to sexual orientation and gender identity.

At the same time, the government must seek to challenge the dominant rhetoric on sexual orientation and gender identity within Kazakhstan, in order to tackle hate speech against LGBT people and facilitate an environment in which LGBT people are able to express the right to freedom of expression. ARTICLE 19 believes that resolving tensions and intolerance related to sexual orientation and gender identity cannot be achieved by suppressing the expression of differences but rather by debating them openly. This requires a series of measures, aimed at promoting more positive discourse on LGBT issues. These should combine positive policy measures, aimed at tackling the root causes of prejudice and intolerance against LGBT people, with the development of a coherent legal framework for prohibiting the advocacy of hatred against LGBT people that constitutes incitement to discrimination, hostility, or violence that nevertheless upholds the fundamental principles of freedom of speech.

It is also essential that LGBT people can rely on the broader support of civil society to promote expression, as part of anti-discrimination networks, challenging intolerance and prejudice on any grounds and promoting the universality and indivisibility of human rights for all people.

The government and parliament of Kazakhstan should: