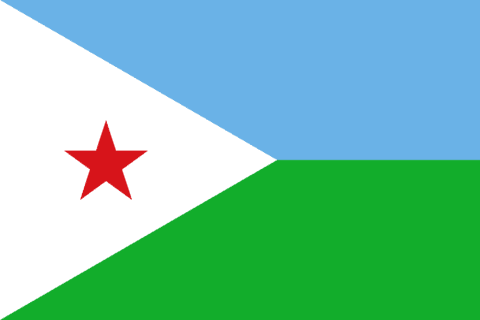 ARTICLE 19 is concerned by the inappropriate response to protesters and intimidation of journalists for covering human interest stories.

Since early June, Djibouti has witnessed a wave of anti-government protests across the country. Citizens exercising their right to protest have been met with excessive force and arbitrary arrests by police for what the government has termed as “unauthorized demonstrations”.

“These arrests and intimidations are part of a calculated offensive against the right to freedom of expression, fostering a climate of fear most profoundly evident in the lack of independent media outlets in the country,” said Mugambi Kiai, Regional Director at ARTICLE 19 Eastern Africa.

“The authorities should ensure the right to peaceful assembly is respected and investigate all allegations of excessive use of force by security forces during protests and suspected perpetrators should be held accountable.”

Among those arrested were two journalists working with the country’s only independent media outlet La Voix de Djibouti. Kassim Nouah Abar and Mohammed Ibrahim Wais were detained for several days in connection with covering what has been Djibouti’s biggest story over the past week, before being released without charge.

The protests erupted in response to a video clip circulated on social media of an air force pilot, Fouad Youssouf Ali, who said he was tortured and held in deplorable conditions in prison. Ali has been detained since 22 April in Djibouti for what the government claims to be treason. The circulation of the video has triggered demonstrations in Djibouti over several days which authorities have dispersed, including by using live ammunition.

The use of excessive force on peaceful protesters and the arbitrary arrests of journalists violate Article 15 of the constitution of Djibouti which provides for freedom of expression and Article 16 which prohibits ill treatment. It also violates the rights to freedom of expression and assembly and prohibition of torture and illtreatment as guaranteed by the African Charter on Human and Peoples’ Rights and the International Covenant on Civil and Political Rights (ICCPR) to which Djibouti is a party.

ARTICLE 19 urges the government of Djibouti to protect, promote and fulfil the right to protest both in law and in practice in accordance with the constitution of Djibouti and international human rights law and standards.

“Journalists must be allowed to do their work without intimidation and harassment as envisioned by the constitution and international laws guaranteeing freedom of expression. The government should therefore take steps to create an enabling environment for journalists to perform their vital role of reporting.”

ARTICLE 19 further called on the government to accept and commit by setting a date for the visit of the Special Rapporteur on the rights to freedom of peaceful assembly and of association, who requested to visit Djibouti in 2011 and sent a reminder in October 2013. No response was received.