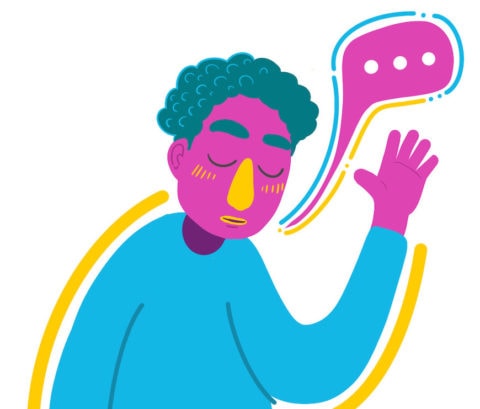 Team CommUNITY, one of the most important nodes in the digital rights and Internet freedom community, today publishes a pioneering new report on activism and mental health, “Building Stronger Communities — The case for mental health support for digital rights defenders”.

“Building Stronger Communities” offers a snapshot into a diverse group of grassroots activists, journalists, human rights defenders, open source technologists, privacy and security advocates and researchers from over 130 countries. What impact has  the COVID-19 pandemic had  on the mental health of these digital rights networks? What already-existing problems and challenges does it exacerbate?

Effective activism is tough work, requiring resilience, focus and long hours. But in addition, these communities face online surveillance, censorship and digital attacks, weapons used against them to further marginalise and silence them.

Sixty-six percent of those who took part in the survey said their mental health had regressed in the past year.

They reported suffering from a range of symptoms including anxiety, isolation, feelings of being overwhelmed, lack of motivation due to dramatic shifts in their daily schedules and the ways in which they planned and carried out their activism, as well as difficulty in adjusting to the new environment that presented itself during the pandemic. “We preach self-care but don’t practice it ourselves,” one activist said. “How do you actually practice it especially when you are the foundation for helping thousands of people to stay alive? You need to be sane, but how do you maintain sanity without disrupting the whole network? You can’t say no because there is no one else who can assist them”

“People don’t get it. For many of us it’s actually a matter of life or death,” said another.

They also highlighted the stress of economic threats, whether in their own lives or in terms of funds for the causes and work they championed. Many activists who relied on funds from the US spoke of the increasing challenges posed by the political climate and the reverberations elsewhere: “The USA administration and the global backsliding on rights has been a stressor. It’s made funding such a cutthroat experience for many people and US politics sets the tone for a lot of the world,” one activist Team CommUnity interviewed said.

While the findings are stark — Team CommUNITY documents attacks on activists in Hong Kong and Myanmar, against the Open Technology Fund, and Black Lives Matter movement, to name only a few — this work focuses on resilience, and aims to be a starting point for support and solution-building that can be used for not only activist communities but also for organisational leaders and decision makers. The idea is to turn a negative narrative into a story of solidarity, so it’s important that the key points of the study reach a wide, global audience.

Team CommUNITY, part of global human rights organisation ARTICLE 19, has an extensive plan of events and outputs linked to the study to be rolled out over the course of the next weeks, including:

—Events to discuss and highlight aspects of “Building Communities”

— Debriefings for activists and those who support them

— Newsletters drawing on the themes, issues and findings of the report and digital rights communities

The report can be found here

For more information about the report, or to arrange an interview, please contact: