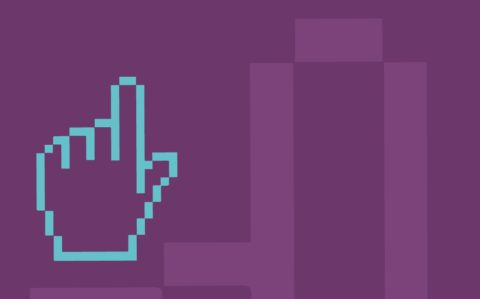 A clear regulatory framework is fundamental for the promotion and protection of rights in the digital context. The Brazilian Civil Rights Framework for the Internet (Marco Civil da Internet, or MCI) provides a strong foundation to guarantee human rights online, having the right to freedom of expression as one of its pillars.

This innovative and progressive law establishes real protection for the concept of net neutrality, as well as guarantees for online privacy, internet development, internet service providers liability, promotion of digital inclusion practices, and expansion of e-government. However, adequate legislation is just one step towards effectively safeguarding the right to freedom of expression. In addition, it is essential to monitor how laws are applied, as well as violations of those laws, to ensure the correct application and effects of their provisions.

Indeed, it is important to note that some sections of the MCI still lack regulation for proper enforcement. These include provisions which address technical exceptions to net neutrality, respecting privacy and development of the internet. Nonetheless, application of the law is not completely dependent on the implementation of the regulation, as general rules have already been established, particularly in the areas concerning the liability of the internet service providers, and prospects and guidelines for advances in the use and structure of the internet in Brazil.

In light of these considerations, ARTICLE 19 are monitoring and evaluating how the rights enshrined in the MCI are being applied. We are assessing possible advantages and disadvantages brought about by the law for the judiciary, the private sector, the government and society in relation to the various rights contained in it. In general, it has been observed that, despite some progress, discussions prompted by the lack of regulation continue to raise various questions for those who defend freedom of expression, the protection of privacy and the right to internet access.

With regard to the general rules for removing content and the responsibility of service providers, the MCI has established that providers are not responsible for removal, except when a court order has been issued. In the year since the law came into force, ARTICLE 19 Brazil has not come across many situations in which providers have been punished due to content published by third parties, apart from specific cases that fall within the exceptions provided by the law.

A mechanism, implemented by the MCI, makes service providers subsidiarily responsible for third-party content in specific cases. This mechanism can be applied when providers have ignored requests to remove content that violates an individual’s intimacy or sexual privacy. Data from the organization SaferNet regarding requests for psychological counselling suggests an increase in the number of cases reported in the last two years, 81% of which were reported by women.

]More recently,  Bill 215/2015, dubbed “the spy bill”, which prompted a campaign by civil society organizations against its approval, seeks to establish provisions for the so-called “right to be forgotten”, a notion that has not yet been discussed in detail in Brazil. Although the bill would ensure that decisions are taken according to legal procedures, it represents a serious threat to the right to freedom of expression and the right to remember, as well as constituting a backwards step for the MCI.

With respect to privacy, Bill 215/2015 also poses some major problems, as it would oblige service providers to collect, store and organize personal data – such as email addresses, telephone numbers, document numbers – which could then be shared with authorities without requiring a court order. That would constitute a breach of the right to privacy, anonymity and conventional internet browsing habits as we know them.

Questions relating to online privacy were a key concern during the MCI discussion phase, and were reflected in the final text. There are clear provisions in the law establishing users’ rights with regard to privacy and the protection of personal data, which must be clearly set out in the terms of service of any activity carried out on the internet; information about collection, storage, processing and protection must be explicit.

Regarding access to personal data stored following judicial authorization, there have been cases in which the judiciary has denied the Federal Police access to personal information based on the MCI. However, ARTICLE 19 has not been able to identify relevant cases that demonstrate control of access to private communication data.

Ensuring access to and development of the internet in Brazil is established as one of the objectives of the MCI, where it is even defined as a responsibility of the state. The law clearly mentions that access to the internet is a condition for guaranteeing basic civil rights. According to data obtained from a survey conducted by Cetic.br in 20014, 71% of Brazilians accessed the internet daily in 2013, with this figure rising to 80% in 2014. These figures include all types of access, ranging from residential access to mobile access.

This data contrasts with the proportion of homes that have internet access, although there has been relative progress compared with the 2014 figures. Excluding mobile access, 43% of Brazilian homes had internet access in 2013 while in 2014, 50% of homes had access to broadband.

The Internet as ‘Public Service’

Civil society organizations have been rallying around a campaign whose primary objective is to advocate that internet access should be offered as a public service, as is the case for other essential services in the country. This would involve the State making a commitment to offer internet to the whole population, irrespective of commercial agreements or the possibility of a financial return. ARTICLE 19 Brazil has not identified any advances in establishing internet access as an essential service for Brazilians since the MCI was passed.

However, the government does appear to be trying to make progress in the area of digital inclusion, aiming to reduce inequalities in access to and use of information technologies, especially between the different regions of the country. In addition to the government programmes which already include this objective, the Ministry of Communications has created a new digital inclusion policy.

The actions set out in the MCI focus on digitally excluded groups and should be oriented by territorial policies, thus promoting greater dialogue between federal policies on the one hand, and state and local initiatives on the other.

The MCI guarantees net neutrality and equal treatment of data packets, ensuring that there is no discrimination based on content, origin and destination, service, terminal or application. This was one of the main topics of discussion regarding the approved law. Although net neutrality is being respected in fixed internet plans, 3G and 4G band services in Brazil currently apply the so-called “zero-rating” practice for access to popular services such as WhatsApp, Facebook and Twitter.

Furthermore, there is the imminent possibility of Facebook rolling out its Internet.org initiative; Internet.org permits access to a limited number of services, which are filtered by the platform before being made available, excluding even high resolution images and video traffic. Strictly speaking, the practice of data packet discrimination, inherent in zero-rating practices and Internet.org, is illegal. However, there is a need for a deeper analysis of these practices, which are defended by the private sector and should be dealt with appropriately by the regulations.

Some other rights are assured by the law, such as guarantees regarding the expansion of e-government services and the involvement of citizens in the creation of laws and public policies via online consultation and participation mechanisms. Some initiatives have shown promising results, leading to activities that promote social participation through the internet, such as the actual process of drafting the MCI. Nonetheless, setbacks have been observed in some areas. One setback concerns the adoption of freeware, free tools and open data policies, a measure that is recommended in the MCI. Meanwhile, the Brazilian government has decided to stop using Expresso, a nationwide freeware-based secure email service, which is due to be replaced by services contracted from Microsoft from 2016 onwards.

The MCI regulations remain the main agenda to be pursued, in addition to the specific agendas relating to each topic covered by the analysis. The most obvious issue is that of technical exceptions to net neutrality, although other questions such as internet development, access and privacy also need to be regulated in order to facilitate their implementation.

However, inaction is having an adverse effect: even though many of the good practices identified could already be applied, there are few others that are becoming bad exceptions, waiting for the regulation. Full enforcement of the rights enshrined in the MCI cannot wait another year.

Read the Analsyis here (PT- only).