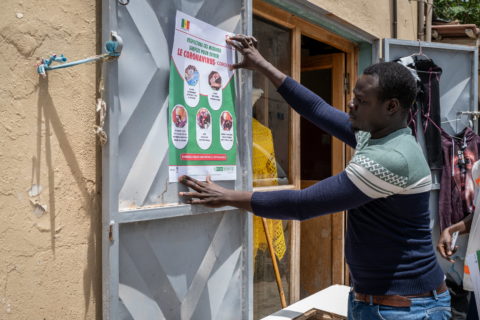 Across the world, governments have been scrambling to respond to the COVID-19 pandemic. As health care systems struggle to treat all patients and governments spend billions buying equipment, supporting workers and keeping businesses afloat, a significant casualty has been the public’s right to know.

There has been a failure across the globe to ensure that the public is made aware of the important information they need during the crisis, from how many people have been affected, to which businesses have been supported. States are restricting the right to information and limiting/violating open government laws, viewing them either as unimportant, or worse, in an effort to hide their own deficiencies.

The secrecy is everywhere: deaths, infections and lack of equipment for health care workers have been covered up, subsidies for large companies have been closed from public scrutiny, contracts for vital equipment have been given to politically-connected groups, shadowy groups have been offering science advice, and telecommunications companies and new mobile apps are collecting information on people without revealing what they are collecting and how the data is being used.

At the same time, right to information and other open government laws have been hobbled and state leaders trying to deflect criticism are claiming information about the crisis is classified. Whistleblowers and journalists have been harassed and arrested for revealing problems, accused of releasing “fake news” in the absence of government transparency.

The problem reaches all the way up to the UN. The Secretary General has said that “This is a time when, more than ever, governments need to be open and transparent, responsive and accountable to the people they are seeking to protect”. But under the International Health Regulations, adopted in 2005, governments are required to provide information to the WHO in a crisis, without any equivalent obligation to inform their own citizens. The WHO can only the share this information with the public if they receive the information from additional sources.  Even after several pandemics in the last two decades, the WHO has no guidelines on what states should publish, which has led to vast discrepancies and confusion between states as they report on mortality rates, using different definitions and criteria for reporting. To say nothing of guiding states on what they reveal about their health spending. At most, their Risk Communication guides give advice on good public relations techniques without giving any guidance on what should be transparent.

Further, the WHO’s own access to information policy prohibits disclosure of information given in confidence or which “may adversely affect WHO’s relations with a Member State or other intergovernmental organization” – without any consideration of the public interest and no external appeal.

This secrecy is counterproductive. It breeds conspiracy theories, distrust and challenge to much needed public health efforts. It allows mismanagement and corruption to run unchecked.  Transparency on the full extent of the crisis, and what is being done to manage it, is essential to ensure public trust, enable analysis of problems and discussion of new policy approaches, and ensure support reaches those who most need it. The 1918 “Spanish Flu” pandemic reached deadly proportions globally because governments in the midst of war feared public concern, and relied on secrecy and propaganda. Only Spain, which was neutral, published what was going on.

ARTICLE 19’s latest briefing paper, based on the experiences of journalists, civil society and the public across the world, sets out in detail the information that governments should be making available, from health data to spending to governance and law enforcement. It makes recommendations on how to release it and what essential open government services are needed to facilitate it.

As we look forward to opening up our public spaces, offices and shops, we need to open up governments first to understand decision making, agree the best ways forward, and restore public trust. Otherwise, we may just end up back where we started.