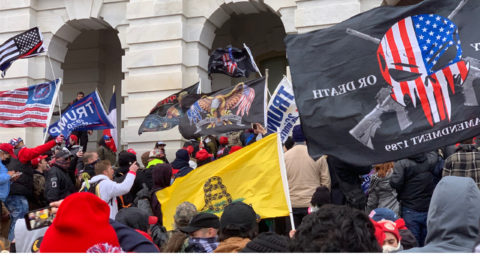 The Civil Society Pillar of the Community of Democracies issued a statement following the attack by right-wing groups on the Capitol in Washington, DC.

“The Civil Society Pillar (CSP) of the Community of Democracies (CoD), condemns the violent right-wing extremist assault on democracy and the U.S. Constitution that took place on January 6 in the Capitol building in Washington, DC. This was a heinous planned attack on democratic institutions, norms, values and the rule of law. The perpetrators, many of whom were armed, were seeking to overturn the result of the 2020 presidential election amidst repeated baseless claims by President Trump that the election was fraudulent and that he had won.

The organizations that comprise the CSP are committed to promote the fundamental principles enshrined in the Warsaw Declaration. We have an obligation to speak out against unlawful efforts to subvert democratic processes by force, even if those efforts are incited by the sitting president of a Governing Council member state.

Moving forward, we stand ready to support any diplomatic efforts by the Governing Council members advocating for a peaceful rightful transfer of power in the United States. Additionally, we encourage the GC members to issue their own condemnation of these seditious acts and express their solidarity with those who defend democratic freedoms. The CSP will stand together with the Governing Council and Civil Society Focal Points are ready to dialogue and discuss ways to move forward to support the incoming democratically-elected administration. Finally, we invite Governing Council members to spearhead these initiatives to bolster and protect their own democratic systems and to assist other democracies to do the same.”