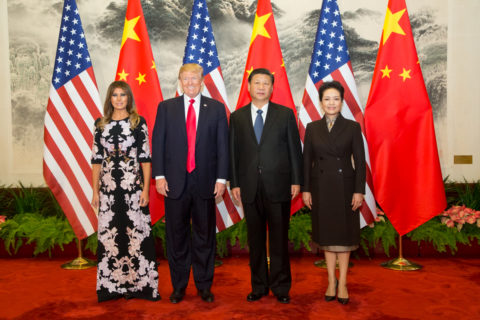 The decision by the Chinese government to expel US journalists from prominent media outlets deepens concerns about press freedom and access to information as China continues to grapple with the COVID-19 pandemic, said ARTICLE 19. The Chinese government should immediately reverse its decision and allow both foreign and domestic journalists to freely report on the outbreak and other issues of public concern.

“China’s expulsion of foreign journalists is a dangerous escalation in a tit-for-tat clash with the US,” said Matthew Bugher, Head of Asia Programme at ARTICLE 19. “Chinese censorship, propaganda and suppression of critical voices have obscured the truth about the coronavirus outbreak not only for Chinese nationals, but for people around the world.”

On 17 March, China’s Ministry of Foreign Affairs announced that US journalists working for the New York Times, Wall Street Journal, and Washington Post must return their press cards and cease journalistic activities in mainland China, Hong Kong, and Macau. These three media outlets, as well as Voice of America and Time, were ordered to provide information concerning their operations in China.

The announcement explicitly framed these actions as ‘countermeasures’ in response to restrictions on Chinese media agencies operating in the US. On 18 February, the US government announced that it had designated five state-run media agencies as ‘foreign missions’ of the Chinese government. On 2 March, the government reduced the number of Chinese of journalists from those agencies who are allowed to work in the US from approximately 160 to 100.

China has frequently tried to leverage visas and press credentials to influence reporting by foreign journalists. On 19 February, China expelled three Wall Street Journal reporters in retaliation for the publication of a story titled ‘China is the Real Sick Man of Asia’.

The expulsion of foreign journalists will further limit access to information concerning the COVID-19 outbreak. Given the severe restrictions on national media, reporting by international journalists—including those from the three targeted outlets—has been instrumental in disseminating information about China’s response to the pandemic. They have also played a key role in exposing human rights violations by the Chinese government, such as the mass detention of ethnic Uighurs in Xinjiang.

China’s attempt to stifle reporting of COVID-19’s emergence severely impaired the initial response to the outbreak. Unfortunately, other governments have also limited access to information concerning the virus and imposed restrictions on freedom of expression, at times justifying their actions by referencing the proliferation of misinformation on social media platforms.

“Access to information and press freedom are indispensable components of an effective public health response to a viral outbreak. In recent weeks, journalists have identified hotspots, exposed falsehoods, disseminated information on preventative measures, and held government officials accountable for their actions,” said Matthew Bugher. “Now more than ever, the world needs credible independent reporting on events in China.”