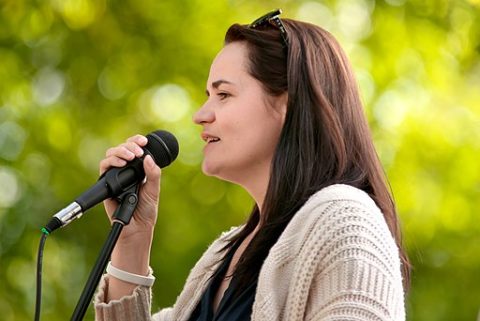 Thousands of people have taken to the streets of Minsk and other cities to protest following presidential elections, which will give President Alyaksandr Lukashenka a sixth term. State controlled exit polls on Sunday predicted a landslide for Lukashenka;  Svyatlana Tsikhanouskaya, the main opposition candidate, refused to recognise the result. It has been reported that one person has been killed and a further 70 have been injured after police used tear gas, rubber bullets and stun grenades against those who demonstrated peacefully against the result. The election campaign has been marred by government attacks on opposition candidates, journalists and protestors. There were also major disruptions to the internet on the day of the election.

“The elections were an illusion of democracy. Entering a ballot station meant very little as the opposition candidates were denied a level playing field, and voters were denied freedom of expression and freedom of information during the electoral campaign.”

“We call on the Belarusian authorities to stop using force against those who are exercising their right to peacefully voice their protest at the election result. The right to protest and freedom of expression must be fully respected.”

ARTICLE 19 has previously raised concerns about the violation of human rights in a run to the August 2020 elections. Violations to freedom of expression during the campaign have included:

According to the human rights group Viasna, last night around 300 protesters have been detained, including at least 55 election observers. Since May, the mass arrest of people at peaceful protests has been happening at events across Belarus.

Sviatlana Tsikhanouskaya, stood as a candidate after her husband Siarhei Tsikhanousk, a YouTube blogger, was detained by the police.

Two other candidates were prevented from standing by the Central Electoral Commission even though they had enough signatures. They were former bank manager, Viktar Babaryka who is in prison charged with financial crimes and businessman Valer Tsapkala, who was previously Belarusian ambassador to the United States.

Attacks on the free media

Many of those arrested have been journalists and bloggers. According to Human Rights Watch, Siarhei Tsikhanousk and another eighteen bloggers were arrested and detained in relation to an  event, where signatures for Sviatlana Tsikhanouskaya’s candidacy were gathered. In August, a number of foreign reporters were deported from Belarus after being arrested in Minsk.

Disruptions to the Internet