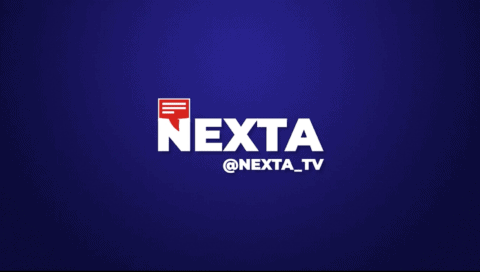 We, the undersigned organisations, strongly condemn the ruling by a Belarusian court to include the popular Telegram channel NEXTA in the list of “extremist” materials under Article 17.11 of the Code of Administrative Offences. The decision effectively penalises Belarusians for seeking to access independent news sources, branding those exercising their right to freedom of expression and information as ‘extremist’, and is part of a worsening crackdown on dissent.

On 20 October 2020, Central District Court in Minsk issued a ruling labelling the NEXTA-Live Telegram channel and NEXTA logo as “extremist”. The court’s decision follows complaints by the Interior Ministry’s Main Directorate for Combating Organized Crime and Corruption (GUBOPiK). The court decided that materials published by the channel include calls for mass riots. The decision follows months of protests in the state, and an increasingly violent and repressive response by authorities who have sought to shut down the internet, arrest human rights defenders, journalists and opposition leaders, and abuse and intimidate protesters.

NEXTA is an independent news resource that has gained popularity since the fraudulent presidential election on 9 August 2020 and the protests that followed. It uses the Internet messaging service Telegram to share videos and photos related to the protests, including documenting violence of the law enforcement. Currently, NEXTA operates with two Telegram channels: Nexta Live, which has 1.9 million subscribers, and Nexta, which has 900,000. NEXTA is also known for publishing the names of law enforcement officers involved in suppressing the protests. It was established by a Belarusian blogger Stsiapan Putsila, the main office is located in Warsaw, Poland.

The decision of the Minsk court imposes an administrative offence under Article 17.11 of the Code of Administrative Offences on anyone who reposts or shares NEXTA materials, or uses video and photo with NEXTA logo.

Paragraph 1 of Article 17.11 of the Code of Administrative Offences penalises “the dissemination of information material containing calls for extremist activity or propagandising such activity as well as production, storage or transportation of such material for the purpose of its dissemination, provided that these acts do not constitute a criminal offence [under the Criminal Code]” The penalties include fines for individuals and legal entities.

Paragraph 2 of Article 17.11 penalises the dissemination of material included in the official list of “extremist materials” as well as the production, storage or transportation of such material for the purpose of its dissemination – provided that these acts do not constitute an offence under the Criminal Code. The penalties include larger fines as well as the confiscation of equipment and, for individuals, short-term incarceration (so-called “administrative arrest”).

The procedure for officially determining materials to be “extremist materials” is set out in Article 14 of the Law on Countering Extremism. This provision expressly forbids the disclosure of the content of such materials, which precludes any external scrutiny of the application of this mechanism in practice. In effect, such pre-emptive content restriction can hardly be seen as anything other than censorship, which is not only unlawful under international law, but is also expressly prohibited by the Belarusian Constitution. The mandatory involvement of the judiciary in such determinations does not provide a meaningful safeguard against arbitrariness or abuse, since the legal framework is fundamentally flawed. The legislation relies on excessively vague and undefined terminology to determine forms of prohibited expression. This opens it to overbroad interpretation and misuse, allowing the authorities to restrict legitimate expression simply because it is critical or because it does not conform to a narrative favoured by the state.

Furthermore, in this case, the Court didn’t grant any possibility for the appeal procedure by enforcing the decision on the day of its adoption. This is contrary to the normal procedural rules where reasonable time is granted to appeal a court decision and constitutes one more evidence that this action is aimed solely at targeting dissenting speech and protesters.

We strongly oppose the use of the inherently vague notion of “extremism” as a basis for restrictions of legitimate speech, and condemn efforts by Belarusian authorities to brand protesters and critics highlighting abuses by the state as “extremist”. This ruling, as well as all relevant legislation should be revised to bring it in line with international human rights standards. Belarusian authorities must stop silencing independent media resources and end ongoing attacks on Belarusians exercising their right to freedom of expression in the aftermath of the presidential election.

Sova Center for Information and Analysis