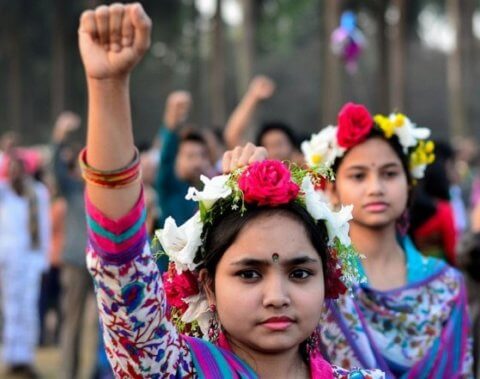 In a press release issued on 21 May prominent citizens including over 24 academics, rights activists, freedom fighters, writers, musicians and civil society leadership expressed serious concerns at the lack of protection for human rights defenders when speaking out against human rights violations including  a series of recent incidents of abductions, enforced disappearances and killing.

Condemning the attempted abduction of Nur Khan of Ain-O-Shalish Kendra last week and the events leading upto it, they said that Nur Khan is well known for speaking out against violations of human rights including the widely reported case of Limon of Jhalikathi, a young student who lost his leg in an encounter with the elite force Rapid Action Battalion (RAB) in 2011, and more recently of the seven killings in Narayanganj. They stated that at least a week prior to the attempted abduction Nur Khan was repeatedlywarned against speaking to the media about the recent killings and abductions by unidentified persons claiming to be from a certain law enforcement agency, and that Nur Khan believed his attempted abduction was linked with his protests against the rise in abductions and killings in the country.

“We are deeply disturbed by the lack of protection from the state to ensure that citizens are able to speak freely and without fear, and this includes the right to speak before the media. It is primarily the duty of the state to protect freedom of expression of citizens and this right cannot be restricted by anyone, this is the salient contract between the state and its citizens.” They demanded that the Government take appropriate measures for the protection of human rights defenders, journalists and the security of citizens.