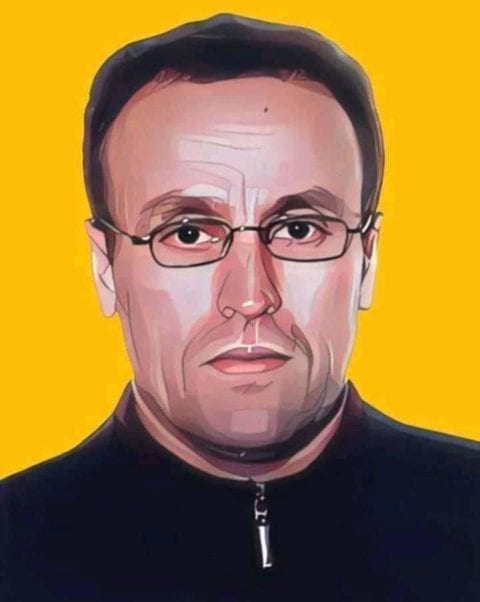 The Algerian authorities have accelerated the arbitrary detention and prosecution of activists and journalists amidst the COVID-19 pandemic, most recently refusing requests to provisionally release and provide adequate medical care for Algerian activist Abdallah Benaoum, imprisoned solely for his critical views of the authorities’ crackdown on Hirak protests, ten national, regional and international groups said today, ahead of his trial scheduled on 27 October. Lawyers and family members fear for Benaoum’s life.

Abdallah Benaoum has been in pre-trial detention for eleven months for Facebook posts he published criticizing the authorities and opposing the holding of presidential elections. He is in urgent need of a heart surgery that authorities are denying by his continuous unlawful detention and their refusal to grant him access to the medical care he requires.

On 28 May 2019, human rights defender Kamel Eddine Fekhar died in custody at the age of 55 after a 50-day hunger strike to protest his unlawful detention for expressing views critical of the government and his prison conditions. On 11 December 2016, British-Algerian freelance journalist Mohamed Tamalt, 41, died in custody in a hospital in Algiers, following a hunger strike to protest his ill-treatment during his imprisonment for Facebook posts “offending” then-President Abdelaziz Bouteflika.

To avoid a similar fate for Abdullah Benaoum, the undersigned organisations call on Algeria to abide by its commitments under international human rights law, release Benaoum immediately and unconditionally, and allow him to undergo his heart surgery in accordance with his wishes.

Police in Oued Rhiou, a town in Relizane province, arrested Benaoum and another activist, Khaldi Ali[1], on 9 December 2019, three days before contentious presidential elections. A prosecutor in the Relizane First Instance Tribunal charged both men with “insulting state institutions,” “undermining the integrity of the national territory,” “harming national interest,” “undermining army morale,” “attempting to pressure judges on pending cases” and “incitement to an unarmed gathering” under Articles 146, 79, 97, 75, 147 and 100 of the Penal Code.

None of these charges are legitimate offences under international human rights law since they impose undue restrictions to the right to freedom of expression. The case file indicates that the prosecutor presented as evidence videos and publications found on Benaoum’s personal Facebook account, in which he called for the boycott of presidential elections, writing “no to military elections,” “Hirak students in all governorates are faced with the harshest repression.” In the posts he also criticized the light sentencing of a police officer for the killing of a young man in Oued Rhiou. The prosecutor submitted this as evidence that Benaoum was inciting disobedience and undermining state security.

On the day of his trial on 16 July, Benaoum was unable to stand on his feet and talk, according to his lawyer. The judge eventually agreed to call a doctor three hours after the opening of the trial. The doctor concluded that Benaoum was unfit to stand trial. However, despite this, the judge refused his lawyer’s request for provisional release. On 2 September, the judge again rejected another petition for his provisional release. The hearing is now scheduled for 27 October.

Benaoum suffers from a heart condition – atherosclerosis – which can lead to a heart attack and requires urgent medical intervention. He underwent a first heart surgery in 2018, but his health condition started to deteriorate after an incarceration later that year and deteriorated further after his latest arrest in December 2019. Doctors established that he needed a second surgery.

In a hand-written letter submitted to his lawyers on 4 September 2020, the activist complained of poor medical care and ill-treatment in detention.

The authorities have denied multiple requests for provisional release on the basis that the allegations against him constitute serious crimes.  Authorities have been transferring Benaoum back and forth between a prison in Relizane near his hometown and two prisons in the Oran province, at 160 km from his place of residence, which has further deteriorated his health. He is currently detained in the Oran central prison.

Denying a prisoner much-needed medical care violates the rights to health and to life and may amount to torture and other ill-treatment in certain circumstances. The United Nations Standard Minimum Rules for the Treatment of Prisoners, known as the Mandela Rules, require states to ensure that people in detention can enjoy the same standards of health care that are available in the community. According to the UN Human Rights Committee, adequate or appropriate and timely medical care must be provided to all detainees as part of state duties. Similarly, according to Algerian law, “the right to medical care is guaranteed for all categories of detainees. Medical services are provided to inmates, in the establishment’s infirmary or, if necessary, in any other health structures.”[2]

Pre-trial detention must be an exceptional measure and based on an individualised determination that it is reasonable and necessary, specified in law and without vague and expansive standards. The Algerian authorities have failed to justify the need for the imposition of this measure, notably against a prisoner of conscience whose health and life are at risk. The decision to hold Benaoum in pre-trial detention despite the circumstances contravenes article 123 of the Algerian Code of Criminal Procedure as well as Algeria’s obligations under international human rights law.

The National Union of Magistrates has denounced the pervasive and abusive recourse to pre-trial detention as well as the lack of independence of the justice system from executive authorities, in a country where members of the judiciary have been sanctioned professionally for working independently or calling for judicial independence.

The authorities’ refusal to release him also runs counter to the UN High Commissioner for Human Rights’ recommendation to release detainees to contain the spread of COVID-19, notably those who have underlying medical conditions and those held simply for expressing dissenting views. The  recent death of two detainees and the infection of at least eight others illustrates the heightened risk of contracting COVID-19 in in Algeria’s prisons.

Benaoum’s lawyers and his mother were not able to visit him on 1st and 2nd October 2020. Prison authorities claimed to his family that Benaoum himself had refused visits and claim he is refusing medical care. According to his lawyers, however, this is inconsistent with Benaoum’s request not to stop visiting him, which he wrote in a hand-written letter on 4 September, and the activist only requested for his doctor, who did his first surgery in 2018, to be able to supervise the second surgery. In July, in another letter, Benaoum complained of isolation from the outside world and difficult prison conditions. The activist had not been able to receive any family visits from March to September 2020 due to restrictions related to COVID-19.

Benaoum had only been free for five months before his new arrest in December 2019. The activist was incarcerated between April 2018 and June 2019 on charges of “offending the President of the republic” and “reviving the wounds of the national tragedy” under article 46 of the Law on Peace and National Reconciliation of 2006, which prohibits publications about the Algerian civil war. He was conditionally released following a request from his lawyers, 10 months before the end of his sentence. In 2013, Benaoum had also been the subject of two communications from UN Special Procedures in relation to arbitrary arrests and excessive use of force.