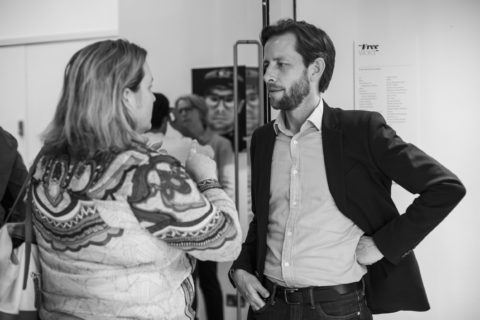 During an international gathering of freedom of expression campaigners and experts in London last week, colleagues and friends paid tribute to departing Executive Director, Thomas Hughes, who is moving on after six years as ARTICLE 19’s ED.

To anyone familiar with ARTICLE 19 over the last thirty years, what is most obvious is how much talent has come together in the defence of freedom of expression around the world.  From a small niche NGO respected as an important influence on legal instruments ARTICLE 19 has, under Hughes developed into an international organisation capable of influencing expression and information rights across numerous areas ranging from protest to internet governance.

In his speech to those gathered at the Goldsmiths Centre in London, Hughes said: “It has been a privilege and an honour to lead ARTICLE 19 since 2013. Threats faced by individuals exercising their expression and information rights around the world have morphed and multiplied over the past years, and I am proud of the way we have continuously innovated and risen to the challenge of defending those rights. Whilst I’m saddened to leave you all, I remain as confident as ever that ARTICLE 19 will continue to be a leader in the global fight for free expression”.

ARTICLE 19’s Chairman, Paddy Coulter praised the inspiring leadership of Hughes, and highlighted how under his tenure ARTICLE 19 has developed its regional offices around the world and also grown its thematic expertise under the ‘Expression Agenda’ strategy.  With the six-year strategy due to conclude in 2021 and the financial stability of the organisation secured, the departure of Hughes is viewed with regret, but equally his decision to “leave on a high” is accepted. Coulter concluded by wishing Hughes all the best with his future endeavours.

Hughes is succeeded as Acting Executive Director by Quinn McKew who has been Deputy Executive Director since 2013 and has played an important role herself in developing ARTICLE 19 to where it is today.  A hugely experienced advocate in the field of freedom of expression, digital rights and the defence of the environment, McKew has also been central to the significant increase in the funding of ARTICLE 19 in recent years.

“We are thrilled that Quinn has accepted our invitation to lead ARTICLE 19 during this interregnum” said Coulter.  “She has the full support of the International Board and the senior management team as we enter a period of transition and change, and I know she will keep our eyes firmly on delivering our strategic work around the world.”