Human rights have severely deteriorated in Azerbaijan in recent years, with freedom of expression at its lowest point since 1991. The government’s crackdown on dissent has left scores of  journalists, bloggers, human rights defenders and political opposition figures in jail. Political arrests spiked in 2014 when several of Azerbaijan’s prominent civil society figures were arrested on dubious charges and given long pretrial detentions and prison terms. In the same year, restrictive amendments to legislation forced many NGOs to stop operations. While some prisoners have been released, civil society is severely suppressed. Space for independent media outlets has also been quashed. Almost all of Azerbaijan’s independent media outlets have been forced to close after new legislation blocking online media was adopted in 2017.

ARTICLE 19 has long campaigned on freedom of expression violations in Azerbaijan, focusing advocacy at international forums: the Council of Europe, the United Nations and global initiatives such as Open Government Partnership  and Extractive Industries Transparency Initiative. We monitor freedom of expression and maintain the Azerbaijan Free Expression Platform, profiling violations against political prisoners. We have supported several cases of journalists, activists and human rights defenders put on trial in Azerbaijan, including by intervening in cases at the European Court of Human Rights and advocating widely for their release.

Russia and Azerbaijan: Serious deterioration in freedom of expression on- and offline ahead of UPR 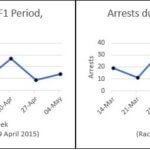