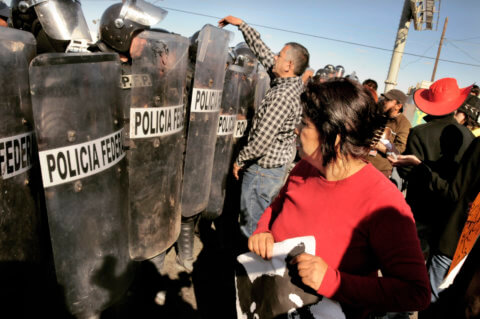 Demonstrators clash with security forces as they protest the visit of Mexican President Calderon to Cuidad Juarez. Ciudad Juarez has become the world's most dangerous city. More than 2,600 people were killed in 2009. Since President Calderon declared war on the drugs cartels in 2006 and deployed thousands of troops, the violence has only increased.