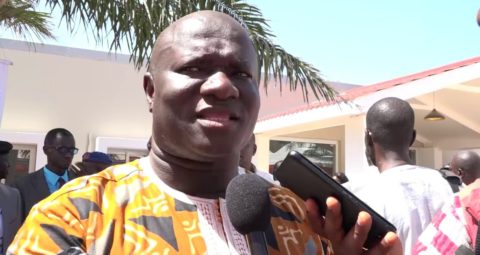 ARTICLE 19 today urged The Gambia to immediately drop the charges of false information and broadcasting against human rights activist Madi Jobarteh and commit to repeal all laws that restrict the rights to freedom of expression.

“These controversial legal provisions were used by the old regime to silence opposition and crackdown on dissident voices.”

“In the new Gambia, human rights defenders and journalists should no longer be arrested for exercising their right to freedom of expression and sharing publicly their opinions on a matter of public interest.”

Madi Jobarteh, the country representative of the West Minister Foundation, was charged on Tuesday 30 June 2020 of false information and broadcasting  under Section 181A (1) of the criminal code, following an interview he gave to local media during the “Black lives Matter” demonstration in Banjul in front of USA embassy on 27 June 2020.  In this interview, he denounced the lack of effective investigation by the Government of the Gambia into the deaths of Haruna Jatta, Ousman Darboe and Kebba Secka, three citizens who were allegedly killed by security officials between June 2017 and July 2019.

Jobarteh was released on bail, but his case was directed to the prosecutor’s office at Kanifing, where he is due to report on Monday 13 July 2020. If found guilty, Jobarteh could face up to five years’ imprisonment, or a fine.

“During the examination of The Gambia’s human rights record in 2019, the government confirmed to the United Nations it will protect and fulfil freedom of expression. Now is the time to demonstrate this by bringing all the laws the old regime used to stifle free speech in line with The Gambia’s international human rights obligations”, said Fatou Senghore.

“The government should also inform citizens what progress it has made in investigating these condemnable deaths and ensure that the suspected perpetrators are brought to justice.”

The Gambia has frequently promised to repeal provisions in its legislation that restrict freedom of expression, most recently during the 2019 Universal Periodic Review and the review of the Gambia State Report before the African Commission on Human and Peoples Rights.

This restricting legislation has also been criticised by courts. In February 2018, the Community Court of Justice of the Economic Community of West African States (ECOWAS Court) directed  the Gambia to “immediately repeal or amend”criminal laws on libel, sedition and false news. The ECOWAS Court reasoned that the definitions of these offences were “so broad as to be capable of diverse subjective interpretations” and that this “indeed amounts to censorship on publication”.

Section 181A of the Criminal Code provides for the offence of publication and broadcasting of false information or news. Lack of knowledge that the information was false is not a defence, unless it is proven that adequate measures were taken to verify the accuracy of the information. It is not clear how is determined whether information is “false”.

The Constitution of the Republic of The Gambia of 1997 guarantees the rights to freedom of expression, assembly and association.

The Gambia has also ratified the African Charter on Human and Peoples’ Rights and the International Covenant on Civil and Political Rights (ICCPR), which both guarantee the freedom of expression and right to information. The Declaration of Principles on Freedom of Expression and access to information in Africa requires that states repeal laws that criminalise among others false news. It further states that “public figures shall be required to tolerate a greater degree of criticism”.

The Gambia, as the host of the African Commission on Human and Peoples’ Rights, should lead by example and comply with its human rights obligations.