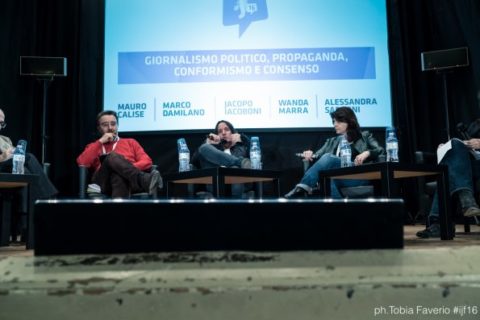 ARTICLE 19 has called on a Russian Federation official to withdraw threats he made on Facebook to an Italian journalists reporting on the coronavirus. On 2 April 2020, the spokesperson of the Russian Ministry of Defence, General Igor Konashenkov, posted threats about the Italian journalist Jacopo Iacoboni, who has been investigating Russian support to tackle the coronavirus in the Italian region of Lombardy.

In a series of articles published in the national newspaper La Stampa, Iacoboni cast doubts over whether Russia’s support in the city of Bergamo was really useful. In particular, the journalist questioned the presence of Russian military troops in the area, arguing that Russia’s assistance was really an intelligence and propaganda operation. In response to this article, Konashenkov posted on Facebook that Iacoboni and the newspaper La Stampa were triggering “Russia-phobia” and disseminating fake news, and threatening the journalist that: “Qui fodit foveam, incidet in eam: he who digs a pit, will fall into it”.

The Italian government replied with a joint note from the Ministry of Defence and of the Ministry of External Affairs, affirming that although Italy appreciates the support received by Russia, freedom of expression and of the press is a fundamental right in Italy and that journalists play a pivotal role in checking and analysing information of public interest in this global crisis. The European Commission also showed its support to Iacoboni and La Stampa, recalling that freedom of the media is a pillar of the EU and of democratic societies.

Journalists in Russia cannot count on such support from their own state authorities. Over the past years, Russia has adopted harsh laws restricting media freedom and allowing the intimidation and silencing of journalists. The most recent Russian legislation, introducing new restrictions on freedom of expression in response to the coronavirus crisis, de facto establishes the state’s monopoly on information about any actual or perceived emergencies and creates instruments to suppress any information deviating from the official narrative.

“Threatening foreign journalists shows how far Russia is going to silence any critical voices. We call on the Russian authorities to stop intimidating journalists, both from local and foreign media outlets. The government’s response to the outbreak should embrace freedom of expression and access to information and emphasise transparency and media freedom,” said Sarah Clarke, Head of Europe and Central Asia at ARTICLE 19.

ARTICLE 19 has called on all state authorities to end the harassment of journalists reporting on the coronavirus outbreak and government responses to the spread of the virus. We recently published a briefing on tackling misinformation in the framework of the coronavirus pandemic, outlining the challenges to freedom of expression and information and making key recommendations for governments, the media and social media companies. Read our briefing here.

Read more about Russia’s new laws that will restrict the media and independent journalism under cover of tackling the coronavirus pandemic.