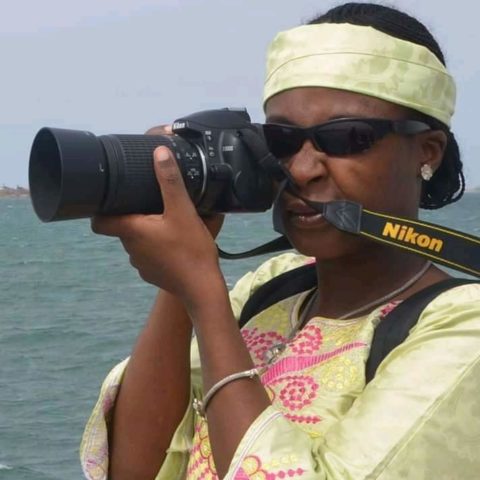 ARTICLE 19 today urged the Nigerien authorities to immediately and unconditionally release the journalist and blogger Samira Sabou, arrested and detained for more than a month on defamation charges. The Nigerien authorities increasingly use the repressive Cybercrime Act to prosecute journalists and to overturn the press regime that actually protects journalists against criminal charges for press offenses including defamation.

“It is unacceptable to criminalize journalists for doing their work. It is a serious violation of press freedom and people’s right to information, including online. Samira Sabou must be released unconditionally and any further criminal proceedings against her must be dropped.”, said Fatou Jagne Senghore, Regional Director of ARTICLE 19 in West Africa.

Samira Sabou was arrested and charged with “defamation by electronic means of communication” on 10 June under Article 29 of Niger’s cyber-crime law. The defamation complaint against her was reportedly filed by Sani Issoufou Mahamadou, the son of the Nigerien President and Deputy Director of his cabinet.

After a month in detention, she was tried by a court of Niamey on 14 July 2020. The judge will issue the verdict on 28 July 2020. Sources in the judiciary and local newspapers  reported that the prosecutor requested a one-month and a one week sentence and a fine of one million CFA francs [about 1,500 euros].

Her arrest followed a post on her Facebook page on 26 May relating to financial embezzlement in the Ministry of Defence around military material procurement revealed by an audit. In her post, Samira Sabou did not mention any name.

The arrest of Samira Sabou for posting an article on this case is not an isolated case. The editor of the Courier, Ali Soumana, was arrested on 12 July, also under the cyber-crime law. When he was brought before a judge two days later, he was released. Such arbitrary arrest, prosecution and detention of journalists for their comments online are a violation of Niger’s legislation on freedom of press.

“The arrest and continued detention of Samira Sabou for raising matters of public interest will have chilling and intimidating effects on all journalists reporting on corruption and accountability. It is time the government and courts stop criminalizing expression and the suppression of the press and other dissenting voices,” added Fatou Jagne Senghore.

“The Coronavirus epidemic has shown us once more that we need strong independent media to inform citizens and to ensure transparency, citizen engagement and accountability”.

“Niger’s press law of 2010 explicitly prohibits detention of journalists for doing their work.  But contrary to this law, the Cybercrime Act criminalises defamation and other online offences, in violation of international human rights standards on freedom of expression”, deplored Fatou Jagne Senghore.

The repressive provisions of the law on cybercrime should not apply to journalists. The press regime in Niger governs the work of all journalists and any communication issued by them to provide information in the exercise of their duties.

The press law only allows for fines as sanction against defamation by a journalist, no matter whether it is on or offline. The authorities should immediately amend the cybercrime law, and bring it in line with Niger’s press law and its international human right obligations.

As the first Head of State to sign the Declaration of Table Mountain in 2011, which specifically calls for the elimination of criminal defamation and insult laws and brings press freedom back to the forefront of debate in Africa, President Mamadou Issoufou explicitly demonstrated his support for press freedom.

“The President must give effect to the pledge he made when he signed the Declaration of Table Mountain and ensure that Samira Sabou is unconditionally released and all charges against her are dropped. The President needs to instruct government officials and state institutions to refrain from filing defamation complaints”, urged Fatou Jagne Senghore

By charging Samira Sabou with a criminal offence and detaining her for more than a month, Niger is ignoring its own legislation on the press, which exclude any custodial measure for defamation, as well as Niger’s international obligations and regional court decisions.

Authorities in Niger must abide by international human rights standards that call on states to decriminalise defamation and other press offences.

The UN (United Nations) Human Rights Committee (HRC) is clear that defamation should not be punished with imprisonment. Already in 1999, the UN Special Rapporteur on Freedom of Opinion and Expression stated in his report  that ” Penalties for defamation should not be so severe as to have a chilling effect on freedom of opinion and expression and the right to seek, receive and impart information; penal sanctions, in particular imprisonment, should never be employed”. The Rapporteur later called on states to abrogate all criminal defamation laws and replace them with civil legislation.

In December 2002, in a jointly issued statement, the three UN, Organization for Security and Co-operation in Europe(OSCE) and Organization of American States (OEA)pecial Rapporteurs on Freedom of Expression called on states to end criminal defamation, stating that it “is not a justifiable restriction on freedom of expression and that all criminal defamation laws should be repealed and replaced, if necessary, by appropriate civil legislation”.

The African Court of Human and Peoples’ Rights and the ECOWAS Court of Justice  unequivocally condemn the use of custodial sentences against journalists for defamation.

There is a growing tendency to restrict press freedom and civic space in Niger. In the last two years, the civic space in Niger has increasingly shrunk. For example, the Government prohibited some 20 protests in the last two years, some of which were dispersed with force. The refusal of an authorization does not make a demonstration illegal and cannot, in its own, justify repression as made clear by the African Commission’s principles on freedom of association and assembly.

This has become more visible since the declaration of the state of health emergency in March 2020. Since then, there has been an increase in arrest of journalists and activists for social media posts using the law on cybercrime. Amnesty International reported that in April and May at least ten people had been arrested for criticising the authorities and that charges were fabricated against some of them. Due to the restrictions introduced to respond to the Coronavirus pandemic, they did not have access to their families and lawyers for days.

Local sources added that seven students were among people arrested for participating in an unauthorised demonstration on 15 March 2020.

In this alarming context of restriction of civic space, Niger has in May 2020 adopted a new electronic communications law authorising the interception of certain private communications. ARTICLE 19 is urging the Nigerien authorities to amend the controversial provisions of these laws and bring them in line with their international human rights obligations to protect free speech and freedom of press in the country.