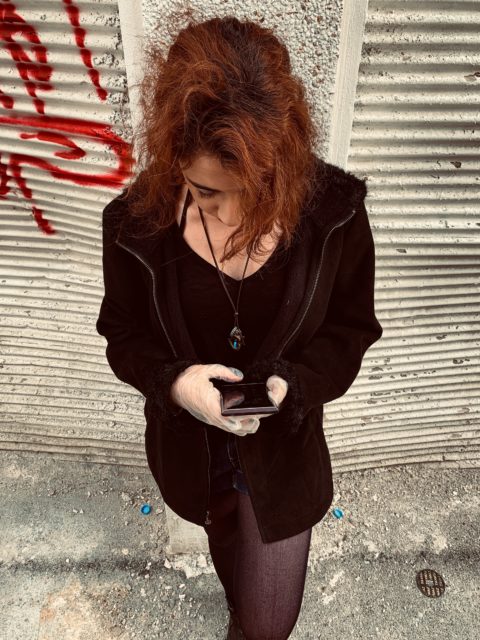 Photo by Radman Mohammadzadeh on Unsplash

Iran’s cyber police force, known as FATA, announced on 13 May 2020 that women, including both public and private figures, are in breach of Iran’s laws when they appear without a hijab (Islamic veil) on social media.

“In relation to the removal of hijab in cyberspace, it is a violation because it falls under deviant behaviour,” Colonel Ramin Pashaei, FATA’s deputy chief, explained. He also clarified that crimes on the Internet are charged according to the Computer Crimes Law (CCL), which was ratified in 2009. He outlined that “moral offences or promoting immorality” are part of these offences, and there is no difference between crimes committed in public and those committed online.

Colonel Pashaei also clarified that the law would not discriminate against Instagram users with a high or low follower count, and all would be considered criminally responsible.

This clarification is significant given all online morality arrests have targeted high profile Instagram users officials have termed as “Instagram celebrities.” How this law will be implemented in the monitoring of instagram accounts, including private vs public accounts, remains unclear.

“Many Iranian women have been arrested under Iran’s morality laws for expressing their right to freedom of belief and expression.  That Iran’s Cyber Police are now announcing the criminality of women expressing themselves on social media raises grave concerns for the rights of women and freedom of expression in Iran.

“Colonel Pashaei’s comments are a threat to all social media users in Iran, and will further stifle freedom of expression online and encourage fear and self-censorship.

“We call on Iranian authorities to repeal the Penal Code laws on public morality, remove Article 14 of the Computer Crimes Laws, and cease from monitoring and repressing the expression of women both offline and online.”

The CCL provisions on online morality have remained vague and unevenly implemented since their introduction in 2009. The majority of women who are arrested in Iran for online self-expression have been on Instagram. Instagram remains one of the most popularly used social media platforms in Iran, and one of the few foreign platforms to remain unblocked. With millions of Iranian users, the platform has been host to countless public and privately shared images of women without their hijab.

In May 2018 authorities cracked down on high profile Iranian “Instagram celebrities” for “sinful acts”. The May 2018 arrests coincided with increased demands by hardline authorities to block Instagram. This pressure is being vocalized by hardline politicians and factions on Iran’s judiciary and the Ministry of ICT to block the platform. Many believe the debate will intensify with the start of the new conservative majority Iranian parliament.

Laws that criminalise self expression in women

There is a strong precedent for criminalising the self expression of women within Iranian laws, especially in regards to the mandatory use of hijab in public spaces. Articles 638 and 639 of Iran’s Islamic Penal Code  criminalise the public removal of hijab or the encouragement to remove hijab (as part of the broader violations of public morality). These laws have been used to arrest many female protesters against mandatory hijab, including the high profile lawyer defending these women, Nasrin Sotoudeh.

As the precedent with arrests under the CCL has shown, those arrested under this new operation, will then be prosecuted and charged under Penal Code articles, such as Articles 638 and 639. For example, Article 638 prescribes prison terms that range from 10 days to two months and/or a fine for women who do not wear the hijab in public. Under the Penal Code, the term “public” has remained mainly undefined, and thus provides for judicial discretion to apply this to online spaces.

This provision is one of the most dangerous within the CCL, as ARTICLE 19 has previously outlined in its 2012 legal analysis of the law. Article 14 broadly aims to restrict expression in violation of Article 19 of the International Covenant on Civil and Political Rights, to which Iran is a state party.

ARTICLE 19 is calling on Iran to reform its Penal Code and Computer Crimes Laws, and stop its attacks of women’s online and offline expression.