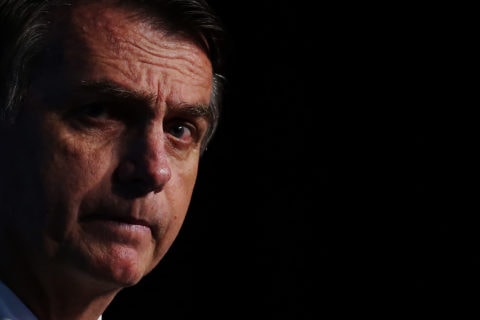 During the 44th session of the Human Rights Council, journalist Bianca Santana has spoken about how she has been personally attacked by the Brazilian President Jair Bolsonaro. Since the start of his presidential term, ARTICLE 19 has recorded that there have been 54 attacks on journalists by the President or his ministers – an unprecedented number in Brazil’s recent history. The Special Rapporteur’s annual report is devoted to combatting violence against women journalists.

A wide group of civil society organisations, including ARTICLE 19, supported Santana in denouncing the Brazilian government’s attacks on women journalists during the 44th session of the United Nations Human Rights Council (UN).

In May, Santana was accused of writing ‘fake news’ by Bolsonaro after she wrote an article about the relationship between Bolsonaro’s family and friends with the men accused of murdering councilwoman Marielle Franco. The journalist told the UN: “The Brazilian State has an obligation to guarantee a safe environment for women journalists.”  When presenting her complaint, she was supported by a number of organisations and collectives, representing communicators and those from Black and feminist movements in Brazil.

The organisations also point out that attacks have been carried out and legitimised by public authorities, including by those at the top of the federal government. These attacks have created an increasingly hostile environment for the professional activity of journalists, for press freedom and for women participating in public spaces. They also violate international obligations that the Brazilian state has signed up to.

ARTICLE 19 also gave a statement to the 44th Session of the Human Rights Council.

We  have documented continued verbal attacks against the press, with a disproportionate focus on women journalists, by a number of high-level State officials. This has served to incite further widespread attacks against them. An emblematic case is that of Patricia Campos Mello, a journalist who has been threatened and subjected to misogynistic attacks from 2018 at the hands of public figures for her reporting on the presidential election campaign.