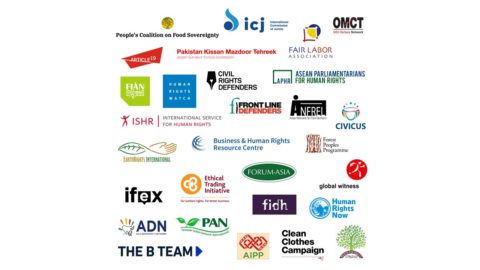 33 civil society organizations and multi-stakeholder initiatives, including ARTICLE 19, sent an open letter to foreign governments urging that they echo the European Union (EU) in its call for the respect of human rights in Cambodia. The letter was addressed to the governments of Australia, Canada, Finland, France, Germany, India, Japan, New Zealand, Sweden, the Netherlands, the Republic of Korea, the United Kingdom, and the United States of America.

On August 12, 2020, the EU will partially suspend Cambodia’s “Everything But Arms” (EBA) tariff preferences in response to the Cambodian government’s “serious and systematic violations” of four human and labor rights conventions: the International Covenant on Civil and Political Rights (1966), the International Labor Organization (ILO) Convention concerning Freedom of Association and Protection of the Right to Organize No. 87 (1948), the ILO Convention concerning the Application of the Principles of the Right to Organize and to Bargain Collectively, No. 98 (1949), and the International Covenant on Economic, Social and Cultural Rights (1966).

In recent years, the Cambodian government has cracked down on civil society, independent media, the political opposition and human rights defenders in the country. In April, the Cambodian government used the Covid-19 crisis to adopt an unnecessary and draconian state of emergency law that provides the authorities with broad and unfettered powers to restrict freedom of expression, peaceful assembly and association.

The signatory organisations called for Cambodian authorities to immediately release all political prisoners, conduct credible investigations into attacks and killings of activists and government critics, repeal repressive laws, and respect online freedoms, among other actions.

Read the letter in English.

Read the letter in Khmer.